Last weekend, my husband and I camped with my sis and her family for the first time at Manning Park in the Cascade Mountains. From Vancouver, it’s only about a 3 hour drive—not far for a beautiful and, in my opinion, underrated provincial park. 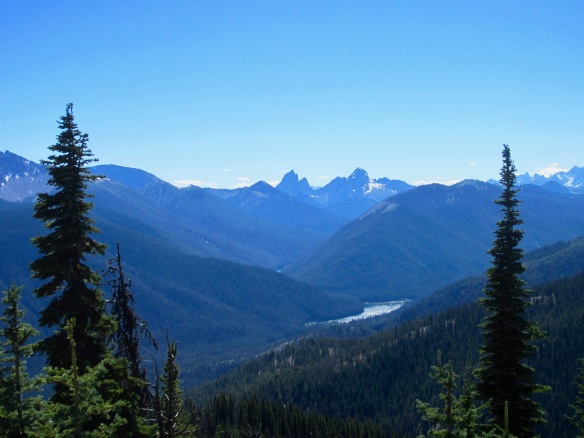 Gorgeous view of the Cascade Mountains and Lightning Lake

We loved it. We were too late in booking to get the prime camping real estate on Lightning Lake, but we still enjoyed Hampton Campground further east along the highway near the Similkameen River. You hear traffic noise at night but it’s not too bad, and it’s only a few minutes drive to Lightning Lake which is where we spent most of our time. 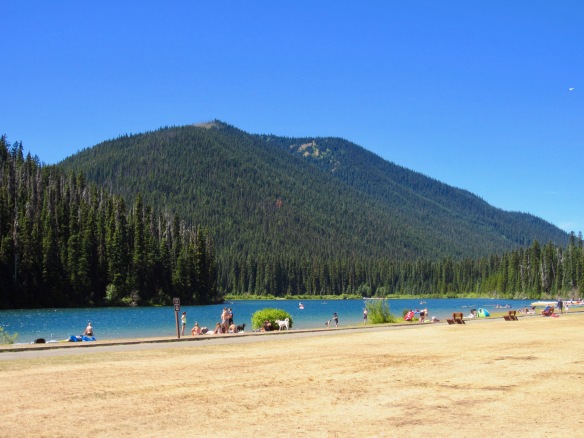 Lightning Lakes is a chain of four lakes that comprise the main recreational area of Manning Park. Lightning Lake is the biggest and furthest north, and then the lakes are subsequently named Flash, Strike, and Thunder. Lightning Lake is the most accessible since there’s a parking lot right beside it. The other lakes you have to hike or kayak/canoe into (which I’d love to do one day!)

We had beautiful weather. The lake was refreshing but a little harder to get into than expected because of the wind. We had heard about a bridge that spans the narrows of Lightning Lake called “Rainbow Bridge” so we walked around searching for it.

My four-year-old niece’s favourite colour right now is rainbow so it provided extra incentive to find it even though we took the very long way around to get to it (oops!) But we saw some awesome scenery along the way. 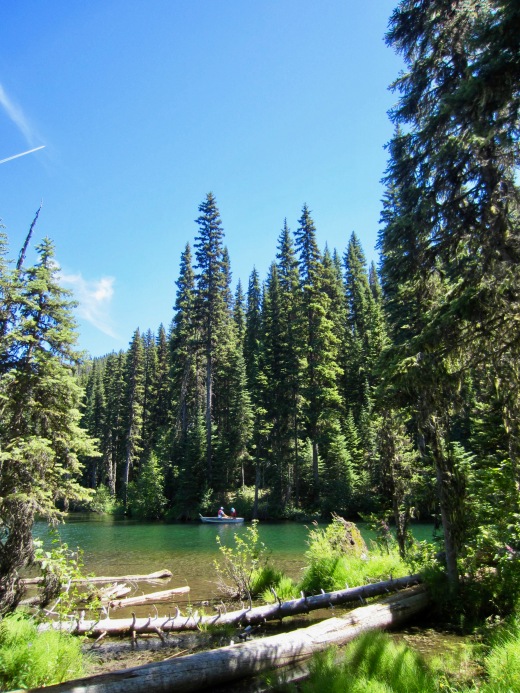 Once at the bridge, many swimmers climbed its wooden rafters to jump off (husband and brother-in-law included). 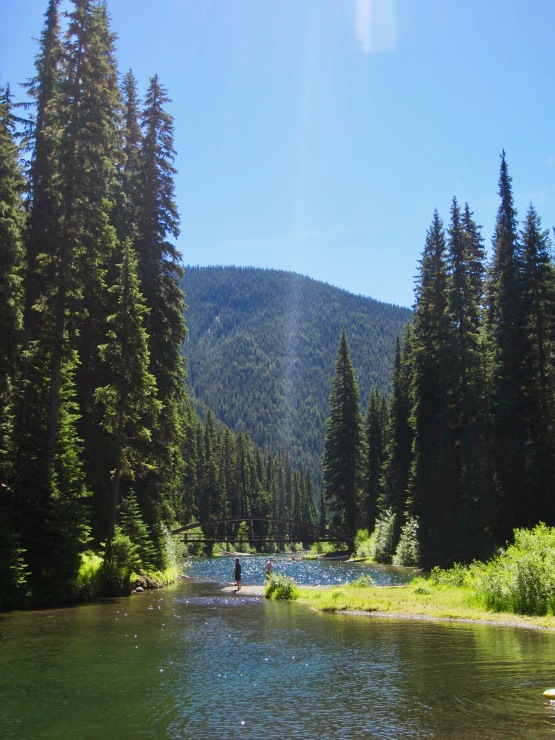 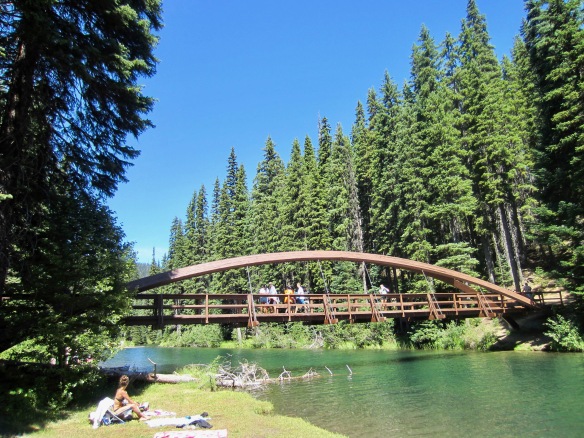 We finished the weekend with a long, windy drive up to the Cascade Lookout. Stunning! You can see Lightning Lake in the far distance.

Pointing out the different peaks

We continued driving even further up the mountain until the trees thinned out and we reached the subalpine meadow. We followed Paintbrush Trail for a bit before descending again. 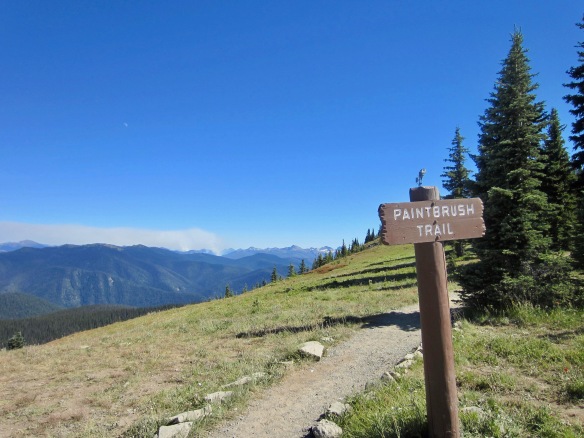 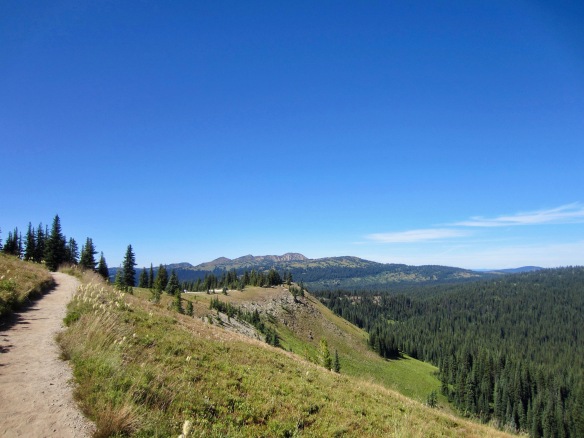 It was a fun weekend filled with lots of laughter, water, and family time. I’ll end with a shot of my husband and brother-in-law fishing the Similkameen River, and my niece checking out their catch before falling in! 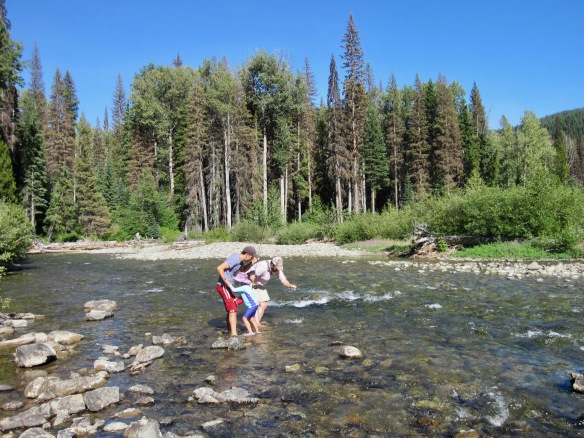