I almost don’t want to write about where my husband and I camped this long weekend for fear of exposing this hidden gem to the masses (not that there are tons of people who read my blog, but still).

When we broached the idea of one last camping trip before summer’s end, I remember a friend mentioning Ross Lake in Skagit Valley Provincial Park (near Hope) where campsites are first come, first serve (which is great because all the other local provincial parks that accept reservations were unsurprisingly full).

We assume most people take Fridays before a long weekend off so they can get a head start on the R&R, but that was not the case with us. We figured if we left early Saturday morning from Vancouver, we could still have a chance of snagging a spot. We decided to take the risk.

We arrived around 10:30am after travelling what seeemed like forever down the bumpy and dusty Silver Skagit Road leading to the northern tip of Ross Lake, where the campground is. 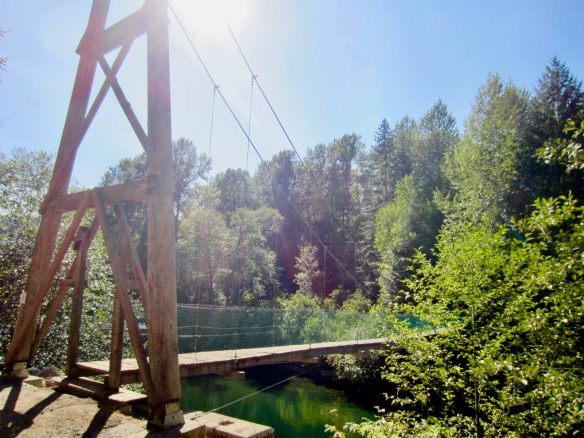 A suspension bridge along Silver Skagit Road. Hubby likes to fish under here.

Very proud of his rainbow trout that he wanted a pic of before he released back into the Skagit.

The coveted spots along the lake were taken but there were plenty on the inside up for grabs. This was a beautiful long weekend of summer. Where was everyone? Do people not know about this place or does it have something to do with the mosquitoes? THEY ARE RELENTLESS. Even with bug spray, my husband and I have too many bites to count. We saw many families with see-through net shelters erected around picnic tables, which was a smart move. The mosquitoes are far worse at the campsite so we spent almost all our time at the lake.

Ross Lake straddles the US/Canada border with just the northern tip reaching into Canada. Thanks to this article in the Georgia Straight, I learned it’s only available for camping on the BC side during the summer months when the water levels are at their highest. Here’s a helpful map.

I loved venturing out in an inflatable kayak we got to borrow for the summer and paddling into the States and around the marshes where Canada geese like to hang out. See the swath of land cut out of the mountain in the photo below? That’s the border line. Fortunately no passport required for this crossing.

There’s a dirt road that leads from Ross Lake campground to its counterpart on the American side, Hozomeen campground. A perfect place to camp for a Canadian-American couple, ha! 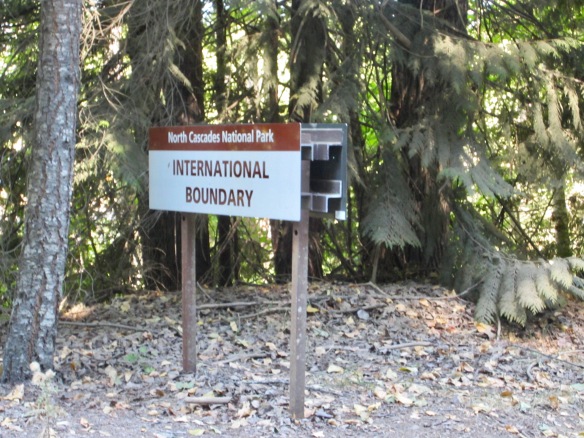 I was craving a last lake swim and got plenty of opportunities, as well as some quiet reading and writing time too. Goodbye summer, September here we come.

Hope all of your Labour Day weekends were restful and rejuvenating. What did you get up to?