None of these writing prompts prompt me lately. I don’t want to write about an onion, how I fight life, or what I would have said if I had landed first on the moon.

I want to write about the little boy in the art class I help teach who makes up the craziest interpretations of his work and reminds me what it’s like to be young and wonder-full. There are ninjas and dragons and oceans and astronauts where I see only splotches of blue and splatters of red. When he’s explaining it to me, I start to see his world. I start to love his world.

I never liked jazz music because jazz music doesn’t resolve. But I was outside the Bagdad Theater in Portland one night when I saw a man playing the saxophone. I stood there for fifteen minutes, and he never opened his eyes. After that I liked  jazz music. Sometimes you have to watch somebody love something before you can love it yourself. It is as if they are showing you the way. 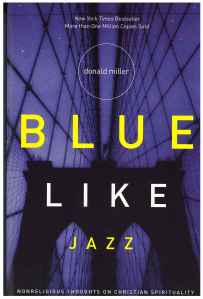 The five-year old boy I see once a week at the Surrey Art Gallery is the musician never opening his eyes. He gets immersed so easily, even if it’s not in the ‘sanctioned’ activity. He’d rather bob his sponge up and down in a container of water with the end of his brush than load it with paint and put it on canvas because he is, after all, a boy, and boys like to play.

“Take a look at this,” he calls me over in a eureka!-type voice. “The sponge is so heavy with water, but it still floats! This is amazing!” And I guess it is. Forget the paintbrushes and paint. Equipped with sponge and water, he is mesmerized the rest of the class.

Portrait of Madame Matisse (The Green Stripe) by Henri Matisse. 1905. 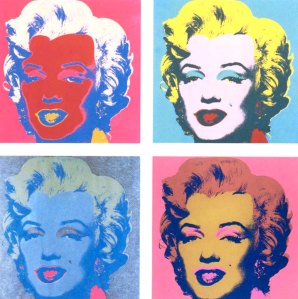 Or at least they’re supposed to paint bright colours. Green, orange, red, blue, yellow. They get a bit of white for lightening purposes, and black, to outline their features.

“There’s something wrong with these paintbrushes!” the boy quickly remarks in an alarming tone, beginning to outline the edges of his face.

“They look thin but they act fat!” He lets out the groan of an artist not happy with his work.

I laugh. Appearances can be deceiving, whether you’re five or forty-five.

Looking at the canvasses in the room, I don’t see many bright colours. Kids are so creative and yet when encouraged to be creative, they blend the colours like crazy until they find the most realistic skin tone. Maybe you have to be old to be avant-garde. No, that’s not true.

They were old enough to be frustrated.

“I’m beginning to regret something about my painting,” the same boy says with a deep sigh. I didn’t know a five-year old knew regret, let alone could use it in a sentence.

“What do you regret?” I ask, curious what’s on the other end of that line in a five-year old’s mind.

“I put so much white on my face, but I don’t think it will show up.”

It did show up. White as snow. This is the boy who stuck eight layers of glaze on his clay cupcake the week before to make sure it would come out of the kiln completely covered. It came out covered all right. More like caked.

Sometimes kids do things too completely. Lost in art, they don’t know when to stop. Of all the problems to have, I think this is a pretty good one. The saxophone player never opening his eyes, feeling his way through the music.

A good kind of lost.