2016 was the year I read the Harry Potter series for the first time. I’m 29. The Artist had read them multiple times before and we thought it would be fun to share in the story together so we read to each other in the evenings after work, on road trips to Alberta, and on rainy Saturday afternoons.

I loved them. Here are some thoughts on why and what/who stood out for me.

I had no idea what was going to happen.

When you show up 10+ years late to a party, this can work in your favour. If people had spoiled the books when they first came out, I had no memory of it. And it also helped that I hadn’t seen the movies. (But I’m about to give away some spoilers. Just wanted to warn the few people in the world who don’t know what happens).

The discovery of Sirius as a friend instead of a villain was delightful. So often the transformation is from a seemingly “good” guy gone bad (like Professor Quirrell or Peter Pettigrew), so I greatly enjoyed the reverse in Book 3.

I thought Harry and Cho were going to get back together after they had broken up, so I was not expecting Ginny’s entrance into Harry’s affections.

When Dumbledore died at the hands of Snape, my mouth hung open for a good five minutes. I probably asked my husband several times if his death was for real—surely this was some joke? Some special magic could undo it? I cried like I had lost a friend. When we find out Snape and Dumbledore had planned his death all along, my world turned upside-down again, but in a much more welcomed way. 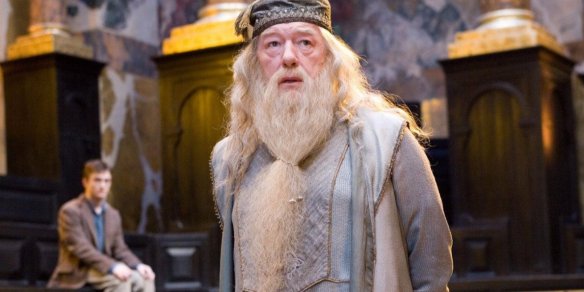 Everybody had a chance to shine.

Harry’s not the only hero. He couldn’t have defeated Voldemort without Ron and Hermione. Or Dumbledore and the Order of the Phoenix obviously. Heck, he couldn’t have done it without Dobby, Kreacher, Neville, Ginny, Luna, even Griphook. Everyone had a role to play, even minor characters and those with mixed motives.

I love that Ron and Neville both destroyed Horcruxes. Their transformations from awkward kids with low self-esteem to brave teenagers overcoming their own doubts and taking leadership at crucial moments were awesome to witness.

Apart from the trio at the centre of these books, Fred and George Weasley are my next favourite characters because they are so unlike me. In super tense moments preparing for battle at Hogwarts, would I be cracking jokes about winging the battle plan? No, I would be panicking. Or when George loses an ear, would I joke about feeling saint-like because I’m so holy/holey? When Fred and George fly out of Hogwarts in spectacular fashion from Dolores Umbridge’s totalitarian rule, it’s like they’re raising a middle finger to her and all the evil she represents.

Not only did J.K. Rowling include the twins for comic relief in otherwise intense scenes, but I also think she wanted to show the power of humour. Good versus evil is obviously a huge theme in the books and Rowling intimates there is perhaps more than one way to fight evil. Harry does it with strength and sacrifice and the Weasley twins do it with humour. Not because evil is funny (quite the opposite), but because humour is like a lightning bolt that breaks through darkness. It’s unforeseen, and people steeped in darkness don’t know what to do with it. Think of Umbridge again.

As Frederick Buechner explains in The Gospel as Tragedy, Comedy, and Fairy Tale:

Hands down, Snape wins my vote for the most interesting character. The morally grey characters always do. This man took me on such an emotional ride that I am still processing my feelings about him. I couldn’t get over him killing Dumbledore and helping the Death Eaters. I so wanted to believe he had changed—that he was working for the good even though he was still a bully to Harry. When we find out his secret near the end of Book 7, I wanted to reread all the books knowing what I now knew about him. But what a shame that “the best of him,” as Dumbledore calls it, was kept hidden all those years.

He is the only one who could have played the demanding double secret agent role that brought about the end of Voldemort, but what toll did it have on him? Here was a man whom no one, apart from Dumbledore, knew the good he was doing behind the scenes. When Dumbledore died, he was utterly alone. The Order unsurprisingly turned against him and he didn’t have any confidants unlike Harry who always had Ron and Hermione. He is the unsung hero who lived and died alone. We think about Harry willingly sacrificing his life at the end to meet Voldemort but Snape did this throughout his entire adult life. Was it necessary? 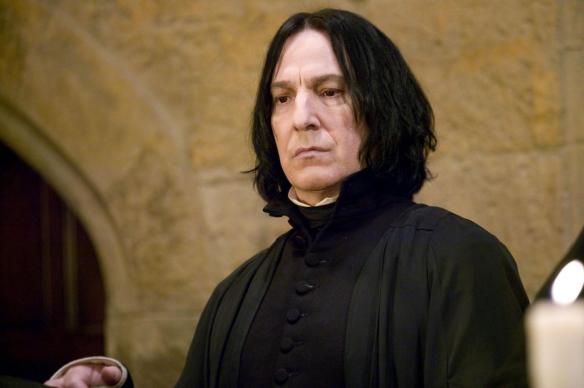 I never thought I would have any sympathy for Draco but that changed in Book 6. Ever since he lowered his wand from Dumbledore’s face, he became less cocky and more confused. And that made him more likeable. Sure, he still tried capturing Harry to give to Voldemort at the end, but Harry, Ron, and Hermione saved his life twice and I have a feeling Draco won’t forget that, much like Peter Pettigrew didn’t. (Look at me writing as if they’re real!)

Even Dudley extended his arm to Harry when they parted ways and had a hard time saying goodbye. That was a surprisingly tender scene and I was a little sad that the Dursleys didn’t reappear again after that. There is so much they could have said to each other. 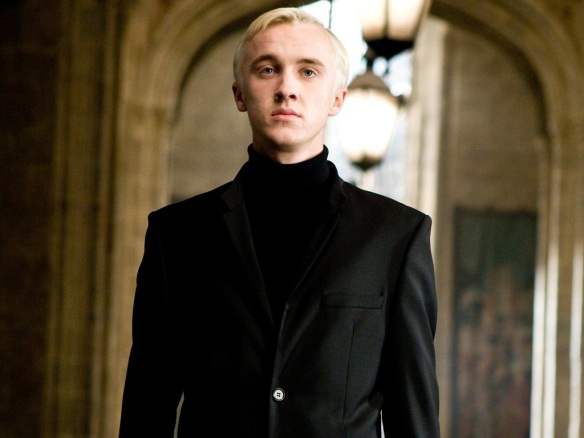 I don’t know if a book series has captivated my attention and imagination in the way these ones have. I’m going to miss spending another year with the characters, but I’m sure Harry and company will be friends I will visit again and again.