My last post was from a book I read right before going on a camping trip and, seeing that I have very little experience camping myself, it tickled my funny bone.

Fortunately my experience camping 5 nights in Jasper National Park was much, much better than Elfrieda’s in All My Puny Sorrows. This massive park in Alberta offers breathtaking views of the Canadian Rockies, along with countless glacier-fed rivers and lakes. Every bend in the road offers yet another magnificent photo op, making even a mediocre photographer’s work look golden.

One of my favourite lakes – Medicine Lake

Our group camped in Wabasso campground which had proper washrooms but no showers, so I had to shower in rivers and lakes for the first time. Seeing that they’re glacier-fed, these were the coldest showers I’d ever had but luckily we had great weather so the dip wasn’t as shocking as it could have been. 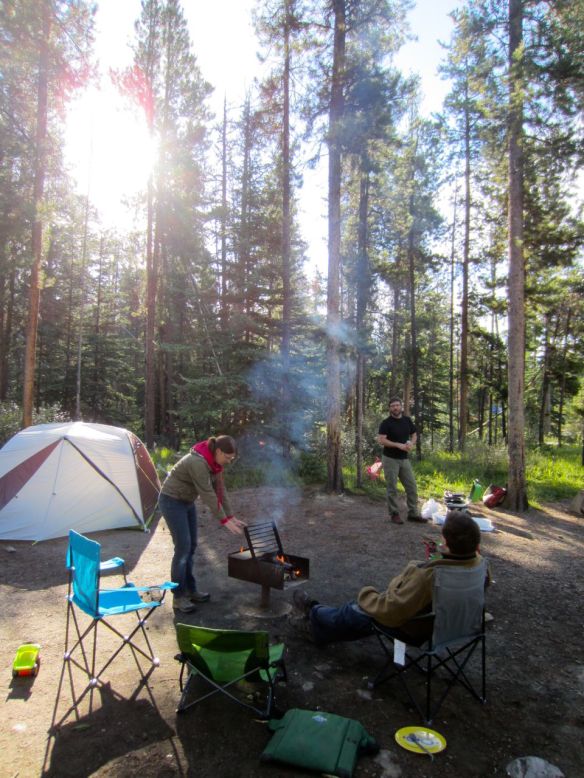 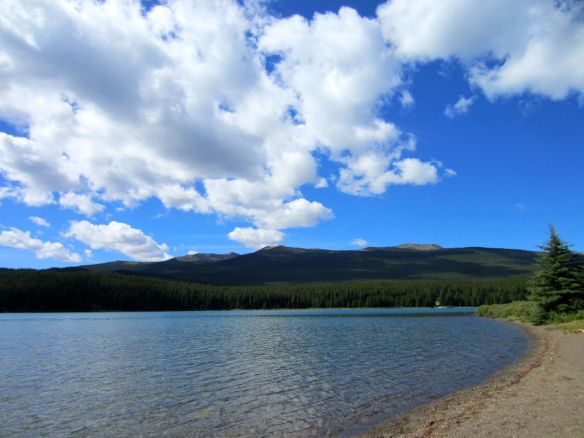 Maligne Lake is popular for canoe and kayak rentals. I swam instead.

View from my spot in Maligne Lake

My biggest fear was encountering bears. I soon had to get over that because literally less than five minutes into arriving in the park, we see a bear on the side of the road and then when we get to our campsite, the person signing us in says, “Just to warn you, there are a lot of bears here.” I almost had a panic attack but thank God the only ones we saw were from the side of the road, and they didn’t visit me in nightmares either (which did happen the other time I went camping). 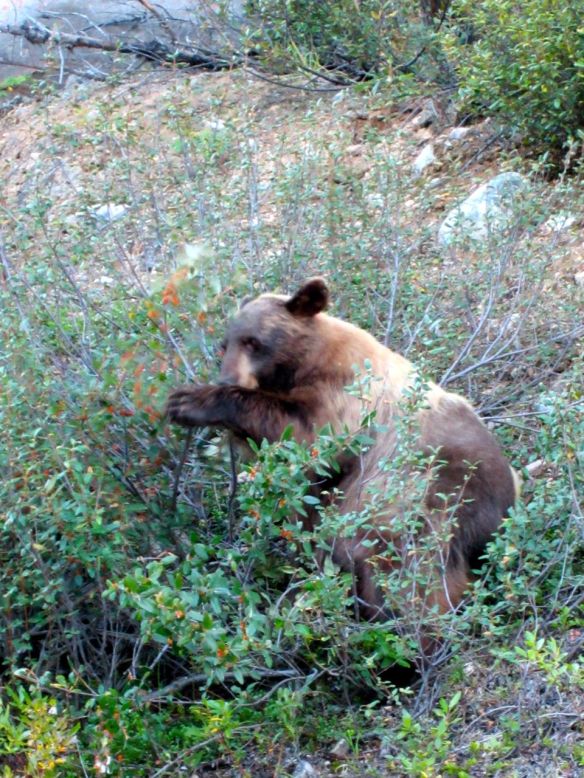 Anyone know what kind of bear this is?

The gigantic river that runs through a large part of the park is the Athabasca River. Our campsite backed onto it and it became the evening lullaby that replaced the sirens and traffic I am used to in Vancouver.

morning mist on the Athabasca

Given the Artist likes to fly fish, we found a few rivers for him to cast a line while I sat on the side and read. (He didn’t catch much, but any day where he’s in a river is a good day for him).

We did a lot of driving in our little Toyota Yaris that clocked the longest trip of its life. In particular, we wanted to drive the Icefields Parkway that leads to the stunning Athabasca Glacier and Columbia Icefields and continues on to Banff National Park. The route is renowned for being one of the most scenic drives in the world. I’d have to agree. 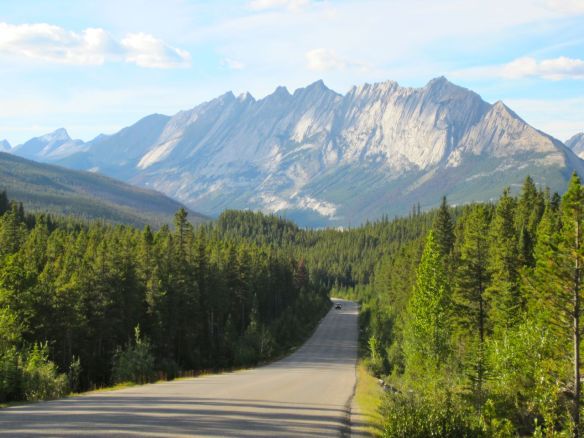 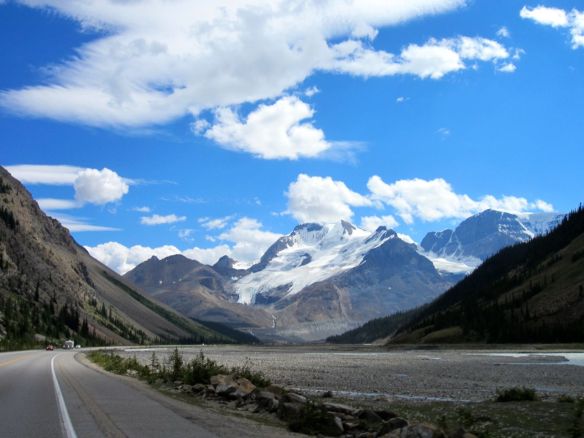 One of the glaciers on the approach to Athabasca Glacier

Stunning waterfalls are also part of the route: 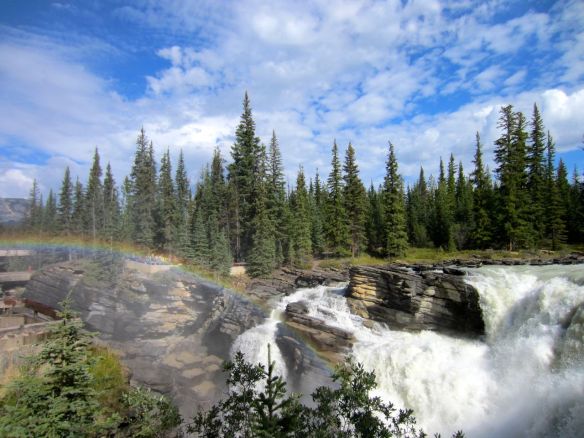 The Athabasca Glacier used to extend much closer to the highway but has receded dramatically over the past 125 years. This is the “toe of the glacier”, the furthest point you can walk to if you’re not on a guided tour that actually takes you on the ice. 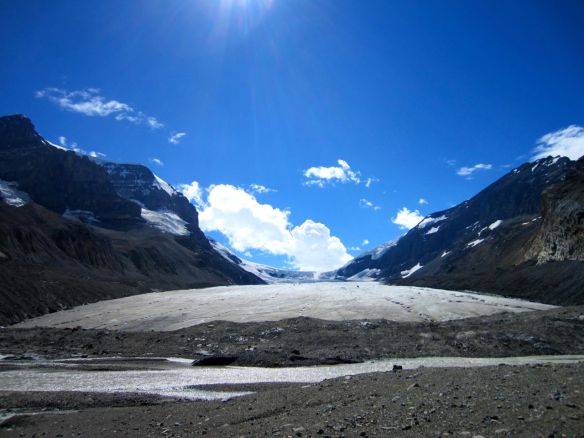 We also climbed a bit of Mount Edith Cavell, a very recognizable peak with its stripes of snow, named after an English nurse who was executed by the Germans during WWI.

A view of Angel Glacier and its pond at Edith Cavell

Looking back along the Edith Cavell hike

Some other wildlife we saw: 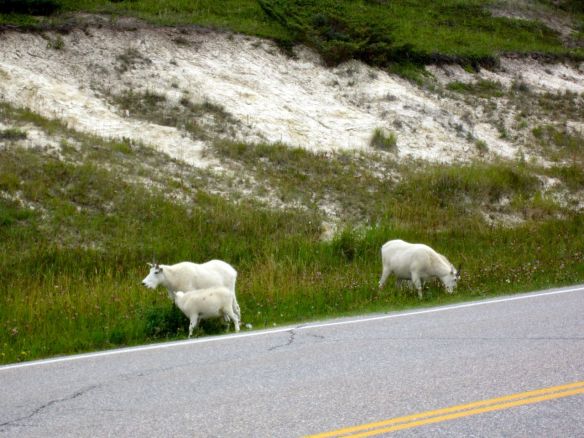 By the end of our stay, I was saturated with campfire smell that took at least three real showers to remove, but I felt rather proud of myself for roughing it in the bush for multiple days and for enjoying it, too! I may have been deprived of camping as a child but who’s to say I can’t learn to like it as an adult?