Thanks to Miss604 and the Victoria Film Fest, I won a trip for two to Victoria last weekend, which also happened to be Valentine’s Day weekend. I’ve never won something like this before, so that was particularly exciting and it came at such a great time for the Artist and I. 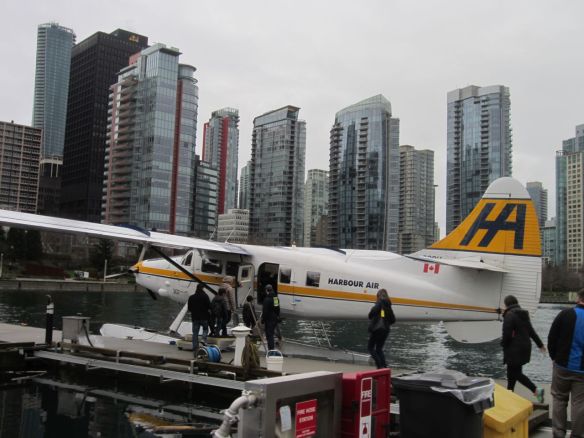 Part of the getaway package was round trip flights by float plane, which I’ve wanted to do ever since seeing Reese Witherspoon reject her opportunity in Sweet Home Alabama. (what was she thinking?!) This was on the Artist’s bucket list too, and we both loved it.

The plane fit 12 people plus the pilot. We sat at the back and watched as our beautiful city faded from view—the downtown office towers, Lion’s Gate Bridge, Stanley Park, UBC. And then we oohed and ahhed as we flew low over the Gulf Islands, trying to identify which ones we were looking at. If you don’t like a lot of turbulence, a float plane is probably not for you as you do feel every dip and turn that much more than on a regular plane, but as someone who loves that sinking feeling you get from roller coaster rides, I was totally in my element. 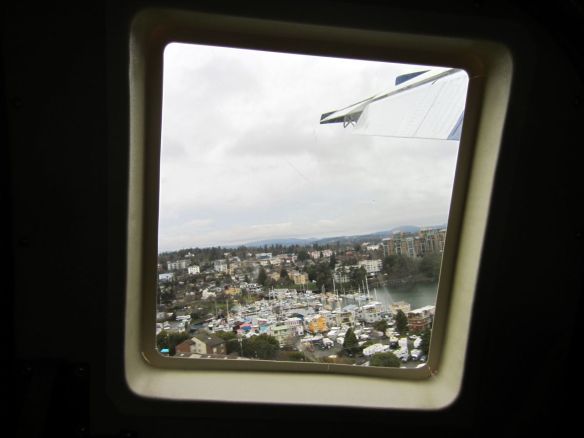 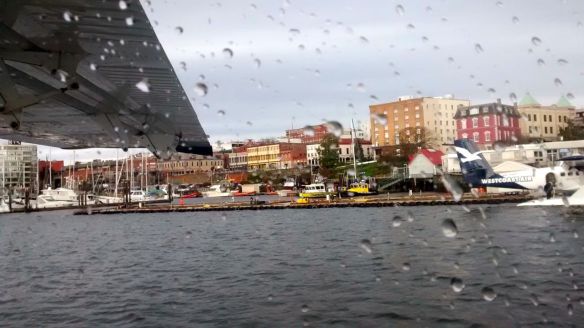 We landed in Victoria Harbour just 30 minutes from when we left Vancouver. How fast is that?! SO beats taking the ferry. And then we walked to our hotel, none other than the iconic, Edwardian, château-style Empress Hotel built in 1908 and designated a National Historic Site of Canada. To say we were excited was an understatement!

The hotel is beautiful, inside and out. And the staff there are so delightful. They asked us if we wanted a romantic room in the turret with a round bed, and we were like, “Yeah we do!” Can’t say I’d ever seen or known round beds existed before this trip! We stayed in the turret at the back of the hotel on the 7th floor. The only unfortunate thing was that the Empress is undergoing major construction right now so the central facade that is normally covered in ivy and shows the magnificent letters of the hotel name was hidden under  a large white sheet with a printed facsimile of the exterior. 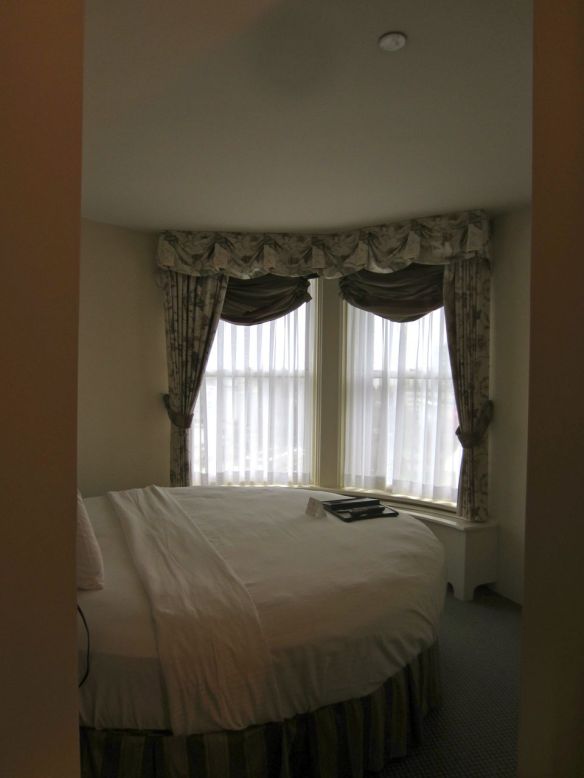 view from the window 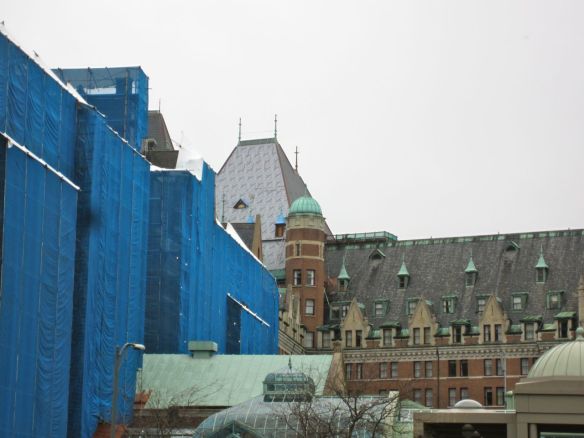 Staying at the Empress was ideal for walking around downtown because the hotel is situated right there, in the Inner Harbour. 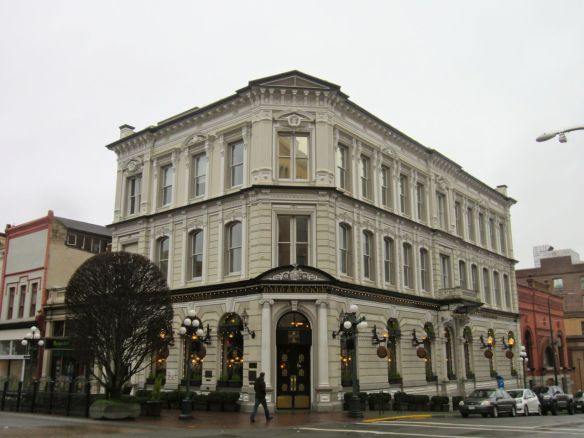 You could tell love was in the air that weekend, from the decorated lampposts to the rose salads at Wild Coffee and the “kissing bench” that we couldn’t resist 😉

In the evening, we saw Our Little Sister at the Victoria Film Fest, a simple yet beautiful Japanese movie about sisterhood that was one of the best storytelling I’ve seen on cinema in a long time. (I’ll save my thoughts on that for another blog post because it needs more space than this). 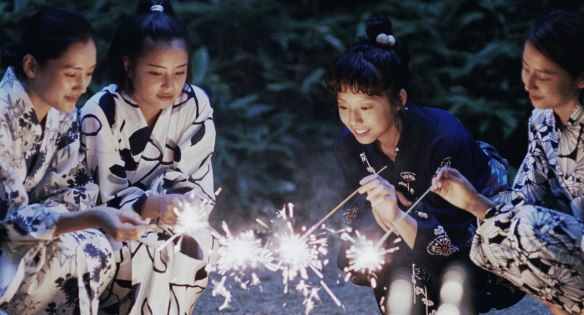 Before we left on Sunday afternoon, we took a stroll to colourful Fisherman’s Wharf and saw some seals putting on a show for the crowd. 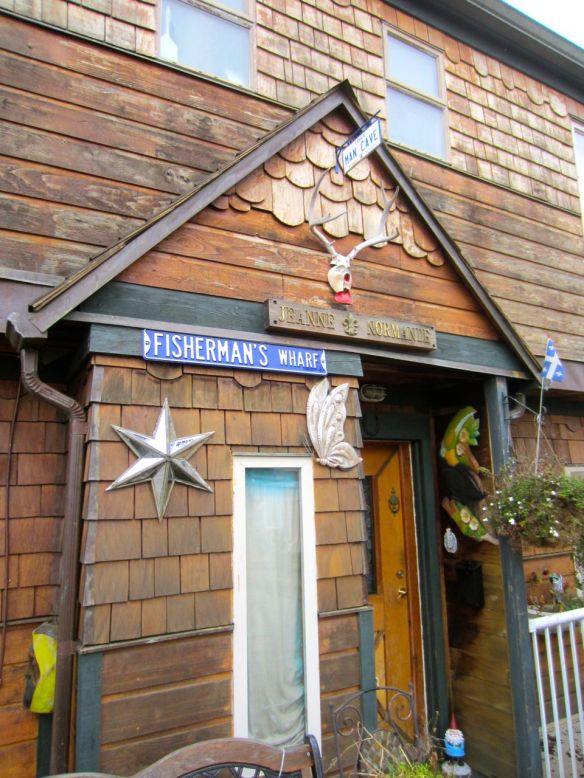 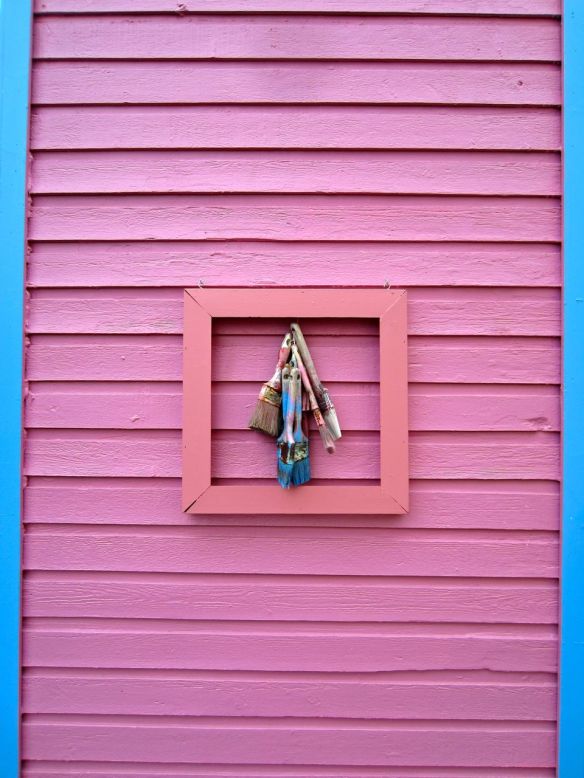 It was a wonderful way to spend Valentine’s and we are so grateful for the generosity of all who were involved!