As soon as I heard “Ship to Wreck” by British indie rock band Florence and the Machine, I was in love. Musically and lyrically. 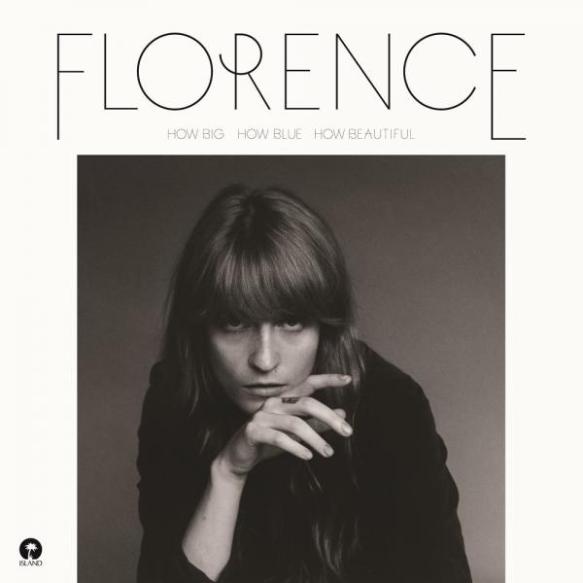 The song pulls you in right away with an upbeat, folk rock tempo. And then you hear the lyrics and there’s a slight dissonance between what is said and how it’s said:

Normally I like a song’s content to match the form more, but in this case, it works because the chorus begins with a major chord, then moves to 2 minor ones before ending up on a major one again (C-Dm-Am-F). In other words, the song doesn’t stay in major, brilliantly shining happy notes, nor does it linger in the darker, melancholic chords. It swings between both, navigating that fine tension between creating and destroying, hoping and despairing.

Florence Welch talks about this tension in a press release about the song:

I was thinking about my own self destructive side, and how you can make something only to tear it down, enjoy/destroy, create/devastate etc. When you’re in that whirlwind, you often end up breaking the thing you love the most.

The recurring question in the song: Did I build this ship to wreck? captures this idea beautifully. Who thinks of building a ship to wreck when you’re first embarking on something? No one. It’s only in hindsight that you realize this.

“I’m fun up to a point, and then it gets destructive,” she said. “That’s how I wrote ‘Ship to Wreck.’ It was: ‘What have I done? Oh my God! Why do I keep doing this?’ It’s that feeling that you love something so much, and it’s always the first thing to break.”

“Ship to Wreck” is the second single off Florence and the Machine’s new album How Big, How Blue, How Beautiful. As much as I love the melody, it’s the lyrics that really drew me in. Maybe it’s because a lot of the pop songs I listen to have the catchy tune but not the depth and vulnerability of the words, nor the use of literary forms like extended metaphors and personification. As a writer, I really appreciate these things! (And a slight side note, yes, it is a melancholic song, but I think that’s a big part of what gives it its depth. Read the recent article “The Case for Melancholy” in the New York Times by Laren Stover and I think you can apply the notion of “mental steeping, like tea” to the kind of fiercely introspective yet acutely relatable art Florence makes. 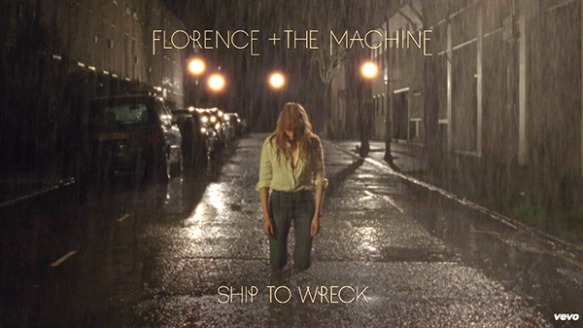 The title is a simple but evocative play on “shipwreck,” setting the listener up for a water motif that was common on her previous album Ceremonials. I wonder if it’s because water can save or destroy, awesome and fearsome at the same time. (Apparently the band’s new producer told Florence not to write any more songs about water for the new album, but she convinced him to let “Ship to Wreck” be an exception). Florence carries the metaphor all the way through, from the beginning lines of “great white sharks swimming in the bed” to the second verse of “the chair is an island darling, you can’t touch the floor” and the full-instrumental bridge that makes you feel you are there, dashed upon the rocks:

Good god, under starry skies we are lost
Into the breach we got tossed,
And the water’s coming in fast!

And then the music strips down to acoustic guitar and Florence’s haunting voice asks in the wake of the storm:

And oh my love remind me, what was it that I said?
I can’t help but pull the earth around me, to make my bed.

That second line of the chorus is my favourite one, where the earth is personified as a blanket. Florence mixes a familiar and intimate image of childlike comfort (tucking yourself into bed), with a macrocosmic image of the whole earth. But the image of the ends of the earth curling up and wrapping around yourself is also an unsettling picture, as if it’s a rug pulled out from everyone else’s feet, sweeping them up in your personal drama. So is the earth more like a blanket or a shroud? Is this a hopeful or an ominous image? As a listener, I feel both a sense of comfort and foreboding when I hear this phrase. I’m still thinking about what it means, and that, to me, is a mark of good songwriting.

To add to the intimacy of the song, the music video was filmed in Florence’s home. The bed, the “island” chair, the tumultuous relationship with a lover—and with herself—are all there, all her own.